Some 23 million Americans suffer from one or more autoimmune diseases—a category comprised of more than 80 conditions, including fibromyalgia, Hashimoto’s disease, psoriasis, rheumatoid arthritis and Type 1 diabetes. These pernicious disorders are notoriously difficult to diagnose, even harder to treat and can be debilitating, diminishing the quality of life for sufferers.
Another commonality is the increased prevalence of autoimmune disease in women versus men; in the case of lupus, for example, a nine-fold difference. Some early indicators are that this may be related to a “gene dosage effect”, as men with XXY chromosomes have the same risk of developing lupus as other women, and women with XXX chromosomes (known in medical parlance as “superwomen”) have an even higher risk of autoimmune disease, according to Judith James, chair of the Arthritis & Clinical Immunology Program at the Oklahoma Medical Research Foundation, in Oklahoma City.
Yet there is hope on the horizon, as scientific discoveries unlock important insights about the manifestation and progression of autoimmune diseases leading to new treatments and prevention tips. Evidence is also mounting around the role of diet and lifestyle in autoimmune conditions, giving patients new avenues for taking charge of their health instead of simply waiting for a cure.
Autoimmune diseases are chronic and can affect almost any part of the body, including the heart, brain, muscles, skin, eyes, joints, lungs, kidneys, glands, digestive tract and blood vessels. Each disease carries its own set of symptoms, but inflammation is nearly always present, and are all connected by how the immune system attacks the body’s healthy tissues. “Those shared characteristics hold the potential for shared treatments, and ultimately potentially common cures,” says Jane Buckner, president of the Benaroya Research Institute (BRI), at Virginia Mason, in Seattle, which works to advance the prediction, prevention, reversal and cure of immune system diseases.
“I’m excited about our progress toward prevention. We are working to understand those tipping points in transitioning into disease that help us understand who is at highest risk, and helps give very directed therapies,” says James.

By her early 20s, Mickey Trescott, of Willamette Valley, Oregon, was bedridden and had lost her job to autoimmune disease. At one point, doctors thought it was multiple sclerosis (MS); she was dizzy, numb, falling over and slurring her speech. Eventually, she was diagnosed with both Hashimoto’s and celiac diseases, affecting the thyroid and small intestine, respectively. Trescott, a nutritionist, chef and author of The Autoimmune Paleo Cookbook, had been vegan for 10 years, but had a feeling that her body needed something different.
She found an early version of what would become known as the autoimmune protocol (AIP), and in following its guidelines, began to find relief. Trescott connected with other women and started a private Facebook group to share information on what was improving their condition from which the AIP community sprung. AIP, an elimination diet that seeks to reset the immune system by cutting out inflammation-causing foods and treating leaky gut, has much in common with the paleo diet and promotes vitamin- and nutrient-rich foods. However, every individual comes out of the AIP process with a customized diet.
For Trescott, “Gluten is a forever-no, and I am also allergic to dairy and sensitive to a lot of nightshade vegetables, like tomatoes and peppers.” It took three years to recover most of her functioning, and although she had been a personal chef, it was still challenging to determine a new approach to eating that didn’t include the grains and legumes that had been staples of her diet.
Trescott is still on medications, including the same thyroid support she’s relied on from the start. “There is a misconception that the AIP is an alternative to conventional medicine. We really pride ourselves on using all the tools in our toolbox, including surgery, medication and lifestyle changes,” she says.
Anecdotal successes like Trescott’s have led researchers to pursue funding to test the AIP’s efficacy. In a pilot study of 18 individuals with an average sick time of 19 years that didn’t respond to traditional medication, 73 percent were in clinical remission at the end of the trial, having followed the AIP. “It was a small sample size, but the results are promising,” says Trescott.

Like many physicians, Terry Wahls focused on treating her patients with drugs or surgical procedures—until the Iowa City doctor was diagnosed with MS in 2000. Within three years, despite conventional medical treatments, her back and stomach muscles had weakened to the point where she needed a tilt-recline wheelchair, and by the summer of 2007, she could no longer sit up. 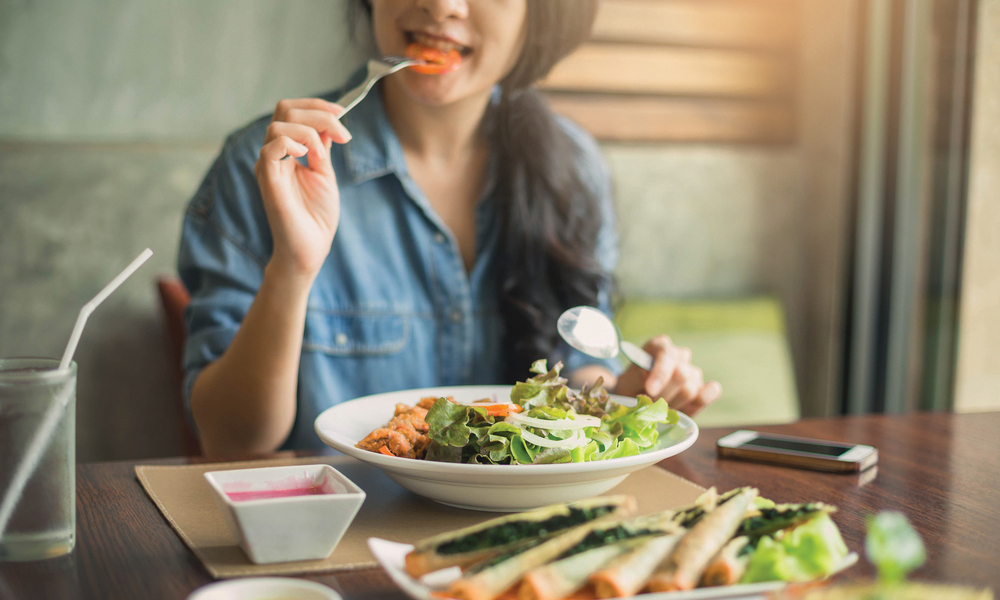 bluedog studio/Shutterstock.com
Though Wahls had been a vegetarian on a low-fat diet for 20 years, she went back to eating meat and gave up all dairy, wheat and grains, but still wasn’t improving. Delving back into the science of her condition, Wahls realized that mitochondrial support was key, and the speed of her decline slowed while taking a cocktail of vitamins to support its functioning.
It wasn’t until she took a comprehensive approach to optimize everything she could take in through her food rather than relying on supplements that she saw radical results: Her brain fog, fatigue and pain went away and she biked around the block for the first time in six years. “Taking in nutrients in the form of food rather than supplements, you get related compounds and thousands of others in biologically anticipated ratios,” explains Wahls. “I still do take some supplements, but the magic is the food.”
Those key ingredients, says Wahls, include magnesium, zinc, selenium, sulfur, amino acids, cholesterol, omega-6 and omega-3s, fats, carnitine and creatine. Her rule of thumb for daily intake is three cups of leafy green vegetables; three cups of sulfuric vegetables like cabbage, mushrooms and onions; and three cups of deeply pigmented vegetables, plus sources of protein for meat eaters and vegetarians.
While her work was initially not accepted, today she has funding from the National MS Society and her research has been published in numerous peer-reviewed journals. “Basic science is now showing that the microbiome has a huge impact on the immune system activity and the brain; the food we eat can turn gene expression on and off,” says Wahls, who hasn’t taken any drugs for her autoimmune condition since 2008.
Buckner cautions against patients trying to manage disease with lifestyle changes alone, without giving available allopathic treatments a fair try. “People do better if they are treated early and aggressively. They are reliant on fewer medications down the road and don’t have permanent damage if they seek treatment early.”
However, even researchers focused on pharmaceutical approaches acknowledge the importance of diet and lifestyle. Meggan Mackay, professor of Molecular Medicine at the Feinstein Institutes for Medical Research, at Northwell Health, in Manhasset, New York, believes this can play a critical role in disease management. She cites numerous studies showing exercise as a stress-buster positively influencing disease outcomes, as well as a more specific study looking at the benefits of adding fish oil and vitamin D to the diets of lupus patients. “The rise in obesity, which is linked to increased inflammation in the U.S., may be one of reasons we are seeing more autoimmune disease than ever,” says Mackay.
At-risk individuals should be aware of factors under their control, adds James. “If someone is worried about autoimmune disease running in their family, monitoring and maintaining adequate vitamin D levels and avoiding smoking and other high-risk behaviors can help improve their chances.” Even sleep patterns can play a role in disease manifestation, says the researcher. In one study, individuals at high risk for autoimmune disease that slept less than seven hours per day were more likely to develop an autoimmune condition, according to James.

There are some clear links between autoimmune diseases, such as the genetic predisposition that runs in families. “Someone with rheumatoid arthritis may have a sister with celiac disease, for example, and one individual may suffer from multiple autoimmune conditions. We can learn from these common genetic links,” says Buckner. These common links can serve as important clues. For example, Buckner says they are able to demonstrate changes in T cells in diabetes and MS that are the same, which might lead to common treatments for the two conditions. 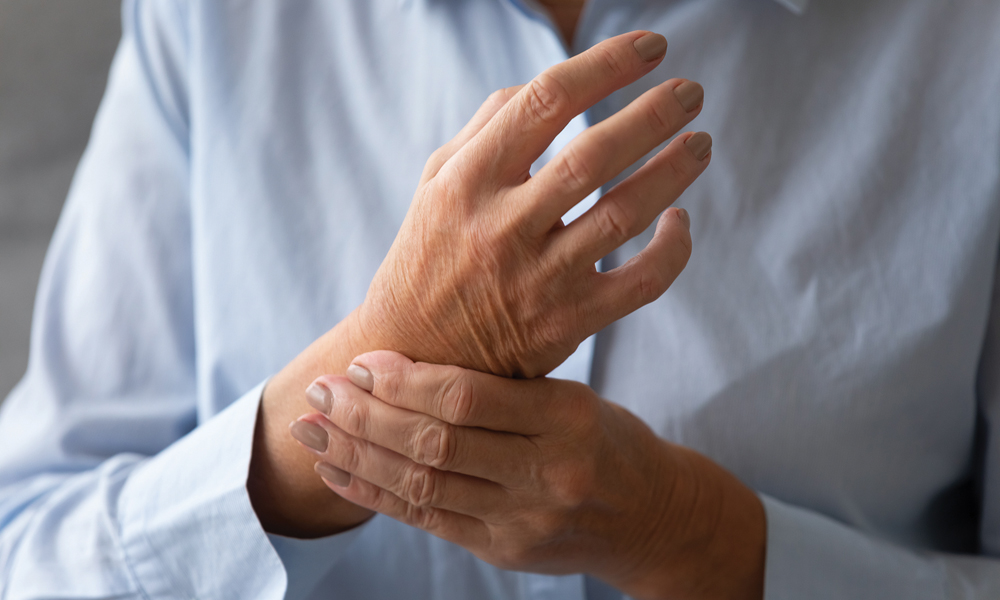 fizkes/Shutterstock.com
While the process from basic scientific discovery to development of effective treatment can be slow, there are some concrete breakthroughs autoimmune researchers are excited about, having demonstrated ability to both prevent and delay disease. Citing a recent clinical trial published in the New England Journal of Medicine, “They have demonstrated in kids at high risk for developing Type 1 diabetes the ability to delay onset for at least two years. It’s an incredibly exciting finding,” says Buckner.
Mackay is hopeful about advances in basic science addressing specific immune system abnormalities linked to inflammatory problems. “Lupus is very challenging to diagnose and treat because it can affect every system in the body,” says Mackay, whose research team has focused on lupus for decades. “The only forms of treatment have been very immune-suppressive medications that shut down the immune response. None of these medications are specific, so in shutting down the immune response to treat lupus, they in turn interfere with the body’s ability to fight off infection and cancer.” Researchers are now honing in on single cells from biopsies that indicate which proteins are abnormal, thereby helping develop more selective therapies, she says.
Seeing progress in the lab is one thing; seeing it in the waiting room is another, and that’s where autoimmune scientists and clinicians are really beginning to note a difference. “I’ve seen patients for 25 years, and when we started, we had very few options in my clinic, which was full of wheelchairs,” says Buckner. “In the last 20 years, we have seen an explosion in research and available treatments. I don’t have wheelchairs in my office anymore.” Prepare for your Ascension in the Light

10:00am · SANTA RITA SPRINGS
View All Add Your Event 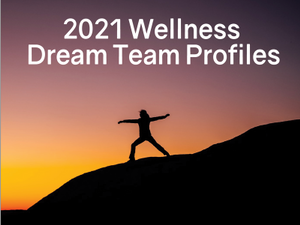 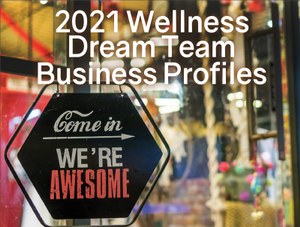