Yoga for the Bro’s: Men Find it Builds All-Around Fitness Five thousand years ago, most yoga teachers and students were men. Today, of the 15 million American practitioners, less than a third are males. However, this figure has increased in the past decade, with teachers in some areas reporting a balanced ratio of men and women in their classes.

Yet, even as professional athletes add yoga to their training regimen, Power Yoga founder Bryan Kest, in Santa Monica, California, points out, “To the mainstream man, yoga is not masculine. You see men in ballet performances, but it doesn’t mean men are attracted to ballet.”

Eric Walrabenstein, founder of Yoga Pura, in Phoenix, agrees. “To achieve the widest adoption of the practice, we need to shift away from the notion that yoga is a physical exercise primarily for women, to one that embraces yoga’s holistic physical, mental and emotional benefits for anyone regardless of gender.”

Physically, yoga can complement traditional workout routines by increasing flexibility, strength and balance, and also play a role in pain management and injury prevention. Kest says, “Yoga is the best fitness-related activity I know of, but the tone and shapeliness that results is a byproduct. The focus is on balance and healing.”

He encourages students to challenge themselves without being extreme. “The harder you are on anything, the faster you wear it out. If our objective is to both last as long and feel as good as possible, it makes no sense to push hard. Instead we should be gentle and sensitive in our practice.”

Men will do well to learn how to stop what they’re doing and breathe, says Kreg Weiss, co-founder of My Yoga Online (now on Gaiam TV), from Vancouver. He emphasizes the importance of modifying poses as needed during classes and notes that doing so takes vulnerability that doesn’t come naturally to most men. “If you find yourself shaking while holding downward dog, allow yourself to go down to the floor without worrying about what others will think.”

Societal pressures of masculinity sometimes dictate who a man thinks he should be. Breaking through such barriers enables a man to be relaxed with himself and unafraid as, “It changes what goes on off the mat, too,” observes Weiss.

Bhava Ram (née Brad Willis), founder of the Deep Yoga School of Healing Arts, in San Diego, points out, “Men need yoga because it helps us deal better with stress and emotional issues. When we have more inner balance, we show up better for ourselves, spouses, friends and loved ones.”

As modern science begins to document yoga’s healing effects, it’s being used in treatment plans for conditions ranging from addiction and trauma to multiple sclerosis and cancer. Ram was a Type A aggressive reporter and network war correspondent and, “Like many men with similar personality types, I struggled with anger and control issues. I had no interest in yoga; it seemed strange and unnecessary to me,” he recalls.

Be open to the power of relaxation and letting go. Like anything that is organic and pure and whole, yoga works in a lasting way over time.
~ Bhava Ram

After a broken back, that ended his journalism career, failed surgery, advanced cancer and dependance on prescription drugs, he found himself facing death. Inspired by his young son to take control of his health, he embraced yoga as a healing way forward. After two years of dedicated practice, Ram says he turned 80 pounds of physical weight and 1,000 pounds of emotional toxins into gratitude, forgiveness and loving kindness. “I left 90 percent of my back pain behind and the cancer is gone.”

Kest explains that yoga’s  significant therapeutic value is based on its capacity to reduce stress and its effects, while teaching and strengthening techniques to cope with it. “Ninety percent of the stress we put on our bodies originates in the stress we put on our minds,” he says. “If you want to be healthy, you have to look at mental fitness, not just the size of your biceps or the strength of your cardiovascular system. It’s calmness and peacefulness of mind that matter.”

Weiss urges men new to yoga to take time to find the right class. “When men that can’t touch their toes walk into some preconceived notion of a class full of women Om-ing, they feel apprehensive and the experience does them no service.” Regardless of one’s state of fitness, it’s important to start slowly, with a focus on the breath. “If you don’t have a good foundation, you can miss a lot of yoga’s benefits. Seek teachers with a solid yoga background educated in anatomy.”

Walrabenstein recommends that first-timers find a class that meets their expectations of targeted benefits. “Remember that yoga is supposed to serve you in enabling your best life possible. If for you that means a vigorous workout, go for it. Even the most physically-oriented yoga styles can carry profound mental and spiritual benefits—and can lead to a deeper, more rewarding practice over time.”

Arrive early to class to get settled and talk with the teacher about physical status, potential limitations or other concerns. Yoga is practiced barefoot and clothing should be loose and comfortable, allowing the body to sweat and move.

Walrabenstein reminds men to have fun. “Yoga, like anything, can be awkward at first. Make space for your learning curve and remember, no one in class is judging you.”

ccording to the International Journal of Yoga Therapy, an essential aspect of recovering from trauma is learning ways to calm down, or self-regulate. As suicide, divorce, domestic violence, drug abuse, homelessness and violent behavior continue to plague veterans and members of the military, yoga is being regarded as a promising treatment or adjunctive therapy for addressing symptoms associated with trauma and post-traumatic stress disorder (PTSD). Numerous studies indicate that veterans that practice yoga (including postures, breath work, guided visualization and affirmation) can better cope with PTSD and other emotional challenges, and realize enhanced physical and mental stability.

Former war correspondent Bhava Ram founded Warriors for Healing (W4H). Launched online and through trained teachers this year, “We want to spread the word that yoga science is proven to be extremely effective for coping with PTSD and life-based trauma,” he says. The intention is to help people unlock their inherent power to heal, and to assist in a journey of self-empowerment as they establish new lives.

W4H and its foundation partners provide resources for veterans and their families to implement yoga’s transformational lifestyle practices, including nutrition, philosophy, breath work and postures. Studies from leading institutions including the University of California, Harvard Medical School and Massachusetts General Hospital have shown that these practices can change the organism that   is us down to the level of our genomes. “We’re not stuck where we are,” says Ram. “My own history illustrates this, and I’ve seen many others heal from remarkable  challenges.”

Bootstrap, an online yoga system specific to the challenges of military duty-related stress, has distributed 70,000 yoga sessions to troops and veterans and their families since 2013. Designed to fill the many gaps left by traditional treatment strategies, it’s tailored to empower users to manage stressors and stressful episodes in a productive and ongoing way.

Founder Eric Walrabenstein, a former U.S. Army infantry officer, notes that the program is curriculum-driven. Beyond breath and body postures, its 10-week structure makes it accessible to those that wouldn’t necessarily step into a studio. “The multimedia program has been clinically proven to derail chronic stress caused by military service in less than one hour per day,” he says.

Bootstrap is presented as a stress-management program that just happens to use yoga techniques. “We did this because many men tend to self-select themselves out of the practice,” he says. “We wanted to avoid that as well as the idea that yoga is primarily about postures, when that’s only a small fraction of what the practice is.” 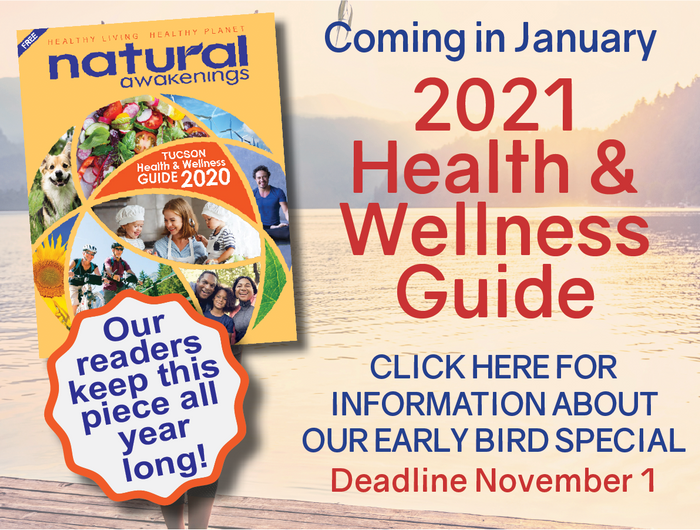 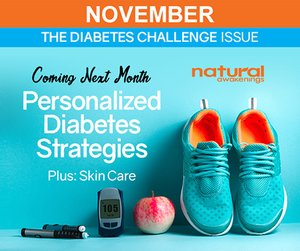 Due Date: October 10. Be a part of our upcoming November issue. Contact [email protected] for cheerful and efficient help with your marketing! Improve Exercise and Recovery with Avocados and Beets