Researchers from the University of Rhode Island, in Kingston, have studied the rapid increase in Lyme disease in the northern U.S. Only 11 cases of the disease, which annually impacts about 300,000 Americans, were reported in 2015 in Alabama, a state of approximately 5 million residents. Meanwhile, there were 491 confirmed cases in Vermont, with a population of less than 700,000.

The researchers studied the life cycle, metabolism and behavior of black-legged ticks, collecting larvae from several eastern areas. They discovered that ticks live longer in cooler temperatures with higher levels of humidity, making northeastern climates ideal, because longer lives mean increased chance of contact. Southern ticks stay hidden underfoot in layers of leaves to stay cool and damp, making them less likely to find a human host than their northern counterparts, which reside on leaves and trees.

“There has been a lot of research aimed at finding out what makes black-legged ticks more efficient hosts for Lyme disease in the north than in the south,” explains Roger LeBrun, an entomology professor at the University of Rhode Island and co-author of the study. “People have looked at everything from the effects of temperature on tick life cycles to the types of animals the ticks feed on. Probably all of these factors play roles, but our results suggest that evolutionary pressure to conserve moisture by staying under the leaf litter surface is a critical factor.”

This article appears in the June 2017 issue of Natural Awakenings. 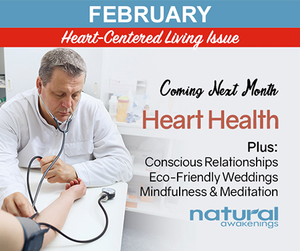